While recycling has reached mainstream mediocrity in America, there is still a lot more we can do just to capture the “common” recyclables, including the ubiquitous plastic bottle. And, of course, we keep adding new challenges, such as the “K-cup” or single-serve coffee pod I wrote about in Coffee Controversies. With the growing popularity of single brew coffee systems, Vermont’s own Keurig Green Mountain, formerly Green Mountain Coffee Roasters, has been receiving increasing attention on the waste created by its “K-Cups.” More than 8.3 billion K-Cups were manufactured last year.[1] Primarily made from composite plastic (#7), with an aluminum foil lid, the pods have limited recyclability. 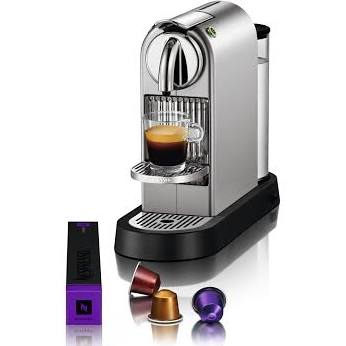 The Nestlé Nespresso company, an autonomous business of the Nestlé Group, is the leader in single cup brewing systems found around Europe. Recent headlines in Environmental Leader read—“Nestle Nespresso Hits 75% Capsule Recycling Goal.” However, upon reading further into the article, the company has not hit a 75 percent capsule recycling “rate.” Rather, according to Nestlé, the recycling “capacity” for its used capsules is now at just over 76 percent. Still laudable though, especially when compared to the Keurig pods.

Unlike Keurig pods, the Nespresso capsule is composed entirely of aluminum. The company is primarily depended on existing programs that classify used aluminum as packaging. In Germany, Sweden and Finland, the capsules can be collected and recycled in national or local packaging recycling collection programs.

Nespresso has started to develop its own recovery programs in places where the capsules are not allowed in existing collection programs. According to the Environmental Leader article, the company has installed some 20,000 dedicated capsule collection points in 19 of its markets.[2] These collection points are found at Nespresso Boutiques, as well as at waste collection sites.

Nespresso even has an iPhone app to assist customers in locating collection points to recycle their used capsules.

According to the Nespresso website, in the United States, “Nespresso Club Members” can recycle their used capsules at any Nespresso Boutique.

As the popularity of Nespresso grows in this country, I’m wondering if aluminum recycling markets would allow the capsules to be collected in residential recycling programs. It seems unlikely in today’s recycling environment, primarily limited to aluminum and steel cans; however, perhaps at scrap metal collection points.

Stay tuned for more developments in the world of coffee….time for a midday cup o’ Joe right about now I’d say!